14.00 – 16.00 Pulling the Ratha Yatra cart by all the participants around Old Town Square with stops for the vegetarian food distribution.
16.15 – 20.30 Plac Solny: Stage program along with serving vegetarian meal in the tents next to the stage.

Ratha Yatra Festival, also known as The Festival of Chariots, has centuries long tradition in India. Traditionally, this great religious and cultural event takes place in June. This is when hundreds of thousands of pilgrims arrive at the famous city of Jagannath Puri in the state of Orissa. More and more people from Europe and other continents also participate in this well-known and enjoyed festival.

The city of Jagannath Puri (East India) is famous for its ancient temple and Deities there presiding. They are the unusually shaped figures of Sh ri Krishna as Lord Jagannath (Master of Universe), His brother Baladev and Their sister Subhadra.

The person who brought Ratha Yatra Festival to the streets of the West was Shrila Prabhupada A.C. Bhaktivedanta Swami, Hindu spiritual teacher and founder of the International Society for Krishna Consciousness [ISKCON]. Great chariots with replicas of Jagannath deities have appeared on the streets of Rome, Paris, Brussels, London, Durban, New York, San Francisco or Berlin 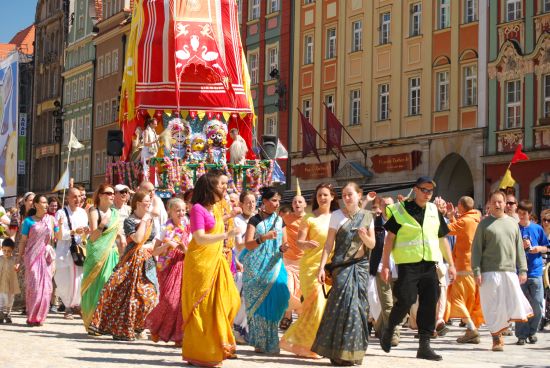 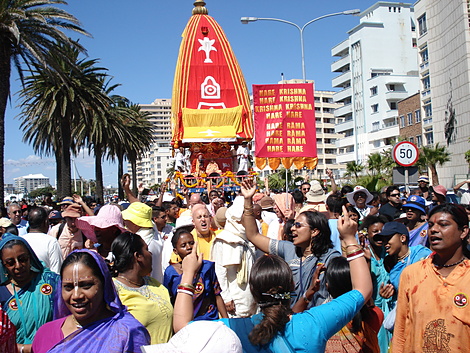 Hare Krsna! Dear devotees. Please accept our humble obeisances. All glories to Śrila Prabhupadzie, Guru and Gauranga! Wroclaw temple along with Nama Hatta devotees since a few months have been preparing a special Festival...